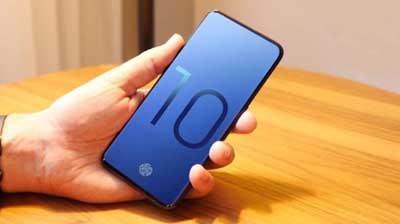 The South Korean brand plans to launch the new smartphone with the massive configuration and that model smartphone is Galaxy S10. This smartphone is coming with the massive configuration and the attractive features. In according to the new report by GD Securities (Hong Kong), the brand plans to introduce with a massive 12GB RAM device, along with 1TB of internal storage. Besides, this phone may be the galaxy’s 5G conversion, which has recently been reported as the brand’s 10th-anniversary model.

Samsung S10 smartphone arriving with 6.7″ inches display with 1440 x 2960 pixels resolution. This phone comes with the 4 Rear Cameras & 2 Front Cameras with the impressive features of Camera. And this phone powered by the 4000mAh battery which is Non-removable which supports the quick battery charging.

This new smartphone comes with the four colors which are Black, White, Green, Yellow.  On the other hand, this new phone gets power from the Qualcomm Snapdragon 8150 chipset. This phone runs on the new Android version 9.0 which is Android Pie OS like the Nokia Maze Smartphone which is upcoming. For security, this smartphone’s high-end model features an under-display fingerprint sensor.

The Price of this smartphone’s in another country:

Can you guess what this phone would look like? Here you can flash your opinion and the expectation of this phone’s design & configuration using the comment box.