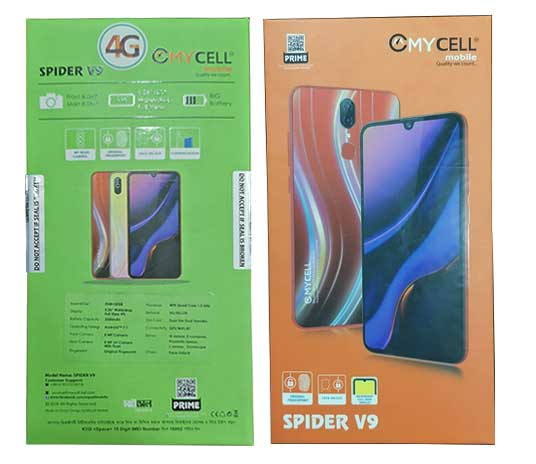 MyCell Spider V9 Price in Bangladesh! Now MyCell company released a new model smartphone that comes with newly designed features at the lowest cost. Now this smartphone brand could be the most popular mobile phone brand in Bangladesh. Always this company tries to bring the new smartphone for its customers.

We hope always MyCell company will bring the new smartphone for their valuable customers. Now the trending model Spider V9 this smartphone has many valuable features that are very important for using a smartphone. Read this article to know more information about this smartphone.

MyCell this model phone runs on the Android 7.1 version of OS. The display is 6.26″ Waterdrop Full View IPS. About the Battery capacity, this phone powered by the 3300mAh battery. In the hardware system, this model smartphone gets power from the MTK Quad-Core 1.3GHz Processor. 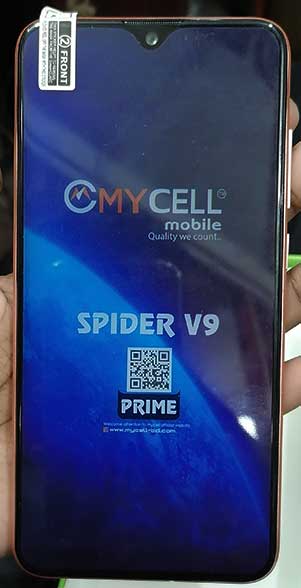 As the connectivity, there are exist GPS/WiFi/Bluetooth/Mobile Data, etc. And there will exist G-sensor, E-compass, Proximity Sensor, L-sensor, Gyroscope. And the most useful thing is the Face Unlock features. This Face unlocks features are also available in this model smartphone. Even the Fingerprint sensor is also included in this model’s new smartphone.

In the photography section, there is an 8MP AF Camera with Flash in the rear side & 8MP front camera.

MyCell is a smartphone company that makes the new smartphone for the customers. This mobile company will be very popular in Bangladesh. Because people can purchase a good smartphone with the lowest cost. That’s why people are purchasing their smartphone from this company. Cause their warranty system and their behavior is so good. Not only this but also this company’s smartphone is also good. MyCell this new model smartphone MyCell Spider V9 Price in BD 5,499 Taka(expected). 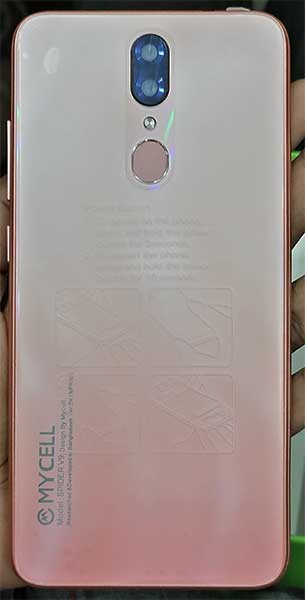